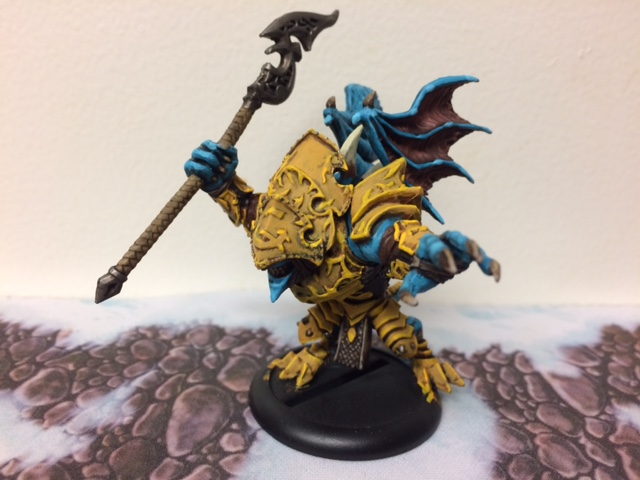 It’s the start of the 2018 Appalachian Cup season. I took my Legion to the first qualifier, looking to leverage Fyanna2, Thagrosh1, and Lylth1 to victory (it’s a three-list format). First tho, I managed to get a bit more painting done for the event.

Nephilim Bloodseer. Not only do I really like the way the paint job turned out, I really like this model in the game. Solid defensive stats, strong magic interference, and occasional knockdown fishing. 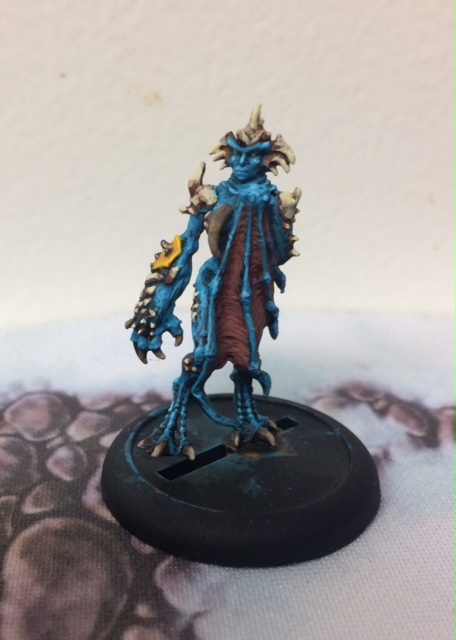 Also finished a Forsaken. A good chance to experiement with the dragonflesh tone on a smaller model. For Fyanna2 (who is getting painted soon) it will be interesting to blend the blues with the skin tone. Happy with how this model turned out.

I went 1-2 at the Appalachian Cup, but had a great time and good experience with my games. I’m still seeing how match-ups work for my forces, so there’s a lot of work I need to do in terms of practice and reps.

First game was against Larry IV’s Minions and Jaga-Jaga. It was a good game for me, as I was able to collapse the side away from the Dracodile. Finally ended on scenario as he just couldn’t get enough contesting.

Second game was against Patrick’s Issyria. It’s a bad matchup for my lists, and I didn’t do myself much favor with Lylyth1. She didn’t have what it takes to pull out a victory against all those fast and accurate weaponmasters. Back to the drawing board for what I’ll do against this force.

Third game I played Thagrosh1 vs Ken’s Grymkin (the Child). I actually lost on the clock in this match, which was an utter slugfest. I had the advantage but just couldn’t clear the zones fast enough to get the points advantage in time. As I get better with the force (this was only Thagrosh1’s third game for me), that should help on the time issue.

Overall a good first Appalachian Cup event for me. Scored me 5 points toward getting into the Appalachian Cup finals, which alone is a good start. With more practice, I should be successful.

Speaking of practice, I played 4 practice games before the App Cup as well. Some shots from them (comments run clockwise from top left): 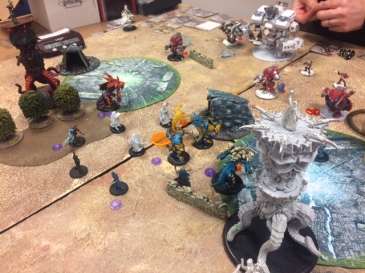 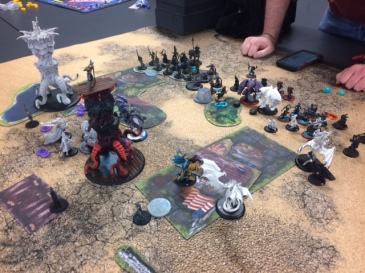 Had a win against Steve’s Helynna, facing all the Retribution armor. Next got in a CID game against Andy’s Sorscha2 with Lylyth1–took some tricky throws to clear zones but won on scenario. Faced Savage’s Kaelyssa list with Thagrosh1, and finally took on Larry’s Dreamer–and managed to scrape a victory there.